Black Friday is a great day to save on items for the most part.  I had been looking to upgrade my Capresso grinder for a while, and when I saw the sale for $149 on the OXO On Conical Burr Coffee Grinder I couldn’t resist. 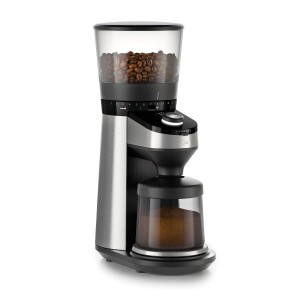 The product is endorsed by Charles Babinski, a US Barista Champion and 2nd place finisher in the WBC.  Oxo also is one of a handful of companies that makes an SCAA certified brewer.  So, with those supporting facts, it was a fairly educated guess that this grinder wasn’t going to be total crap.  I already have a very good espresso grinder, so this grinder is going to be used for pourover/drip only.  With that in mind, let’s get into the details.

So, if you are looking to up your grinder game without breaking the bank, at $149, the OXO On Conical Burr Coffee Grinder is something I would recommend as a step up from the Capresso Infinity.