You’ll walk right by it and never know it’s there.  St. Kilda Coffee in New York is just across 8th Ave on 44th St. from the Majestic (Phantom…probably never closing) and St. James (Something Rotten as of right now) theaters.  It’s down under a residential building with the street level sign, literally at street level…as in..your feet.

With a plethora of Starbucks in the vicinity, it’s nice to have an indie joint so close to the theater district.  They are open 7-7 most days, and are serving up the a pretty standard drink menu crafted from beans roasted by Birch Coffee (local NYC company).

The Flat White I ordered was decent enough, but the espresso didn’t really hold up to the milk. 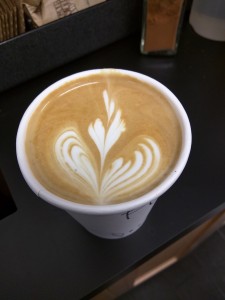 There was a pretty typical 3rd wave aroma to the drink, but the flavor of the espresso was totally drowned by the milk.  I don’t know if the fault was drink assembly, or just that the shot was off near the end of the day.

However, if you want to support an indie spot, and get something infinitely better than Starbucks, and are near 44th St., check out St. Kilda Coffee.

Cold brew has passed the “fad”phase.  It is now almost its own food group.  Places like Stumptown, Bluebottle, La Colombe, etc are all touting their cold brew these days.  So, what about low cost competitors?  Trader Joe’s has 2 variants, “black” and a flavored variety (vanilla I think).   Note, I’m not talking about their Cold Brew Concentrate.  I’m talking about the little 8oz Trader Joe’s Cold Brew cans that look like this.

The good news is Trader Joe’s Cold Brew tastes like coffee.  The bad news is it tastes like their “brew in bag” coffee only cold.  The can claims to be 100% Arabica, but I’m probably not far off when I say it’s likely 100% cheap Brazilian Arabica.  If you like Dunkin coffee, you will like this.  If you like coffee…not brown dirty water…you won’t like this cold brew.

It was worth the experiment, but cold brew is so easy to make at home.  If you really like cold brew, you should find a local roaster, buy fresh beans, and make it your self.

Looking for a quick grinder comparison?  Here’s all three grinders I compared using the Gaggia Classic.

Another wearable for your coffee geek pleasure is here.  Check out this artistic coffee stain shirt design. 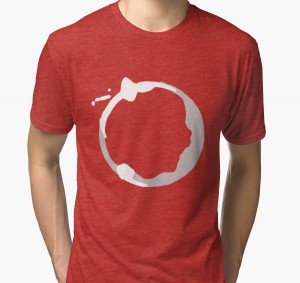 There’s several colors and sizes to choose from as well as sweatshirts , hoodies, and even phone cases. Ladies…we’ve got you covered too because this design makes a great graphic pattern. 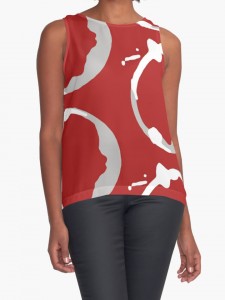 This design was painstakingly created with real coffee.  We actually produced real stains with the bottom of a mug.  The coffee, in case you were wondering was a wonderful Yemen Mocca.

Just how much does the grinder affect your final product?  And, does it really matter if you have a decent one or not?  I have been fortunate to be able to actually test this. I have both a Macap M2M and a Baratza Preciso. The Macap has flat ceramic burs and the Baratza uses conical steel. Both are really excellent grinders with the Macap about $100 more than the Baratza. I ran the same beans through both and dialed in an 18gr dose for my preferred 45sec run time to 40ml on a Gaggia Classic. By all accounts, the Macap shots are excellent…really good, But, the Baratza produced a significantly sweeter shot…like a WTF…did I use the right beans type of significance.
But, it doesn’t end there. I was able to pair these same two grinders with my other espresso machine, a Bezzera BZ10.  I dialed in the exact same shot.  18gr, 45sec, 40ml.  The Macap pairs with that machine way better than the Baratza did. The Baratza shots were always a little bit flat…really good, but lacking a little “pop”. With the Macap, the shots all of the sudden popped like I wanted them too.  I had a hunch that changing the OPV setting on the Bezzera would make it even better, and I was right (adjusted the OPV down to 9.5 bar).
So, there you go.  Yes, the grinder matters, and simply changing your grinder can improve your cup even if you use the exact same machine and beans.
Espresso (not Expresso)…gotta get that in as many times as I can. Many new folks on their first roasts post photos of a very dark, Starbucks like roast. Let me get it out of the way now, that this is not a crime and not bad in any way. Deciding to learn to home roast takes time, and even a beginners first roast that was taken a little too far will most likely be better that Starbucks!.  Inevitably, there is a follow up comment on forums to try it as Espresso.
So, my question is why?
Here’s my 2 cents on subject. I think everyone knows that espresso (not expresso) is not a roast profile, or a specific bean. It’s a process – a method of production and you can put any roast profile you want through it. Yes, a darker bean is more soluble than a light roast, but still…we all know what Starbucks espresso tastes like…so why would we voluntarily want to brew that at home?
I light roast can make a wonderful espresso (albeit, I’ve only ever had one I liked), but like *any* brewing method, you will need to dial in the grind and brew time params accordingly. I brew mostly espresso at home (Gaggia Classic and a Bezzera BZ10). The single biggest leap in quality after the grinders and machines was when I started just roasting for the flavor profiles, and not worrying about dark/light. I blended beans for the balance of aroma, body, sweetness, chocolate, etc. that I was after. When I was done, I had not only the espresso I wanted, but a damn good cup of coffee period. 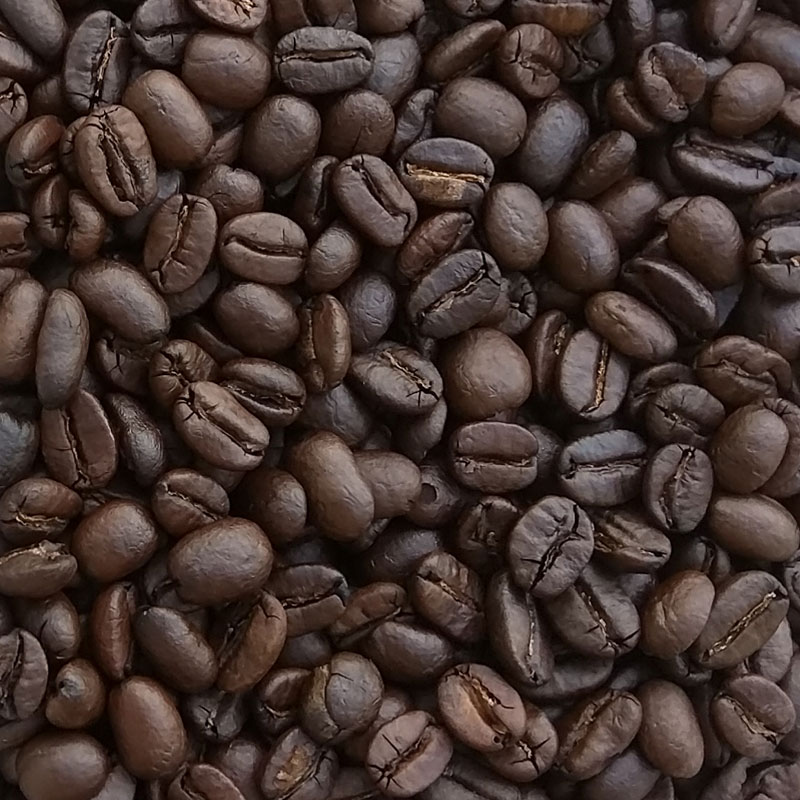 Ultimately, you drink what you like, and that’s the great thing about being competent in food prep…you eat/drink what you like all the time. So, if a dark roast for espresso is something you like, brew it up and don’t look back. But, don’t assume that a dark roast will work as brewed espresso.
Of course, that’s just my opinion, I could be wrong (apologies to Dennis Miller).

If you are a coffee person, and/or a humanitarian, or both, watch Dukale’s Dream.  This is a documentary from World Vision hosted by Hugh Jackman (World Vision Ambassador).  In it, Hugh visits Ethiopia to understand the work that World Vision is doing, and specifically meets a coffee farmer named Dukale.

Dukale is a success story for World Vision as he has taken the help received and transformed his life to be better than before.  He’s almost carbon neutral in his farming AND he’s teaching others in his community how to do the same.  Hugh is quite inspired by Dukale, and as a coffee enthusiast himself, makes a pledge to only drink Fair Trade coffee so that people like Dukale can continue to thrive and rise out of poverty.

Hugh helps out Dukale on his farm for a day.  Probably the funniest moment is when Dukale says he has no idea who Hugh Jackman is, but for a supposed famous person, he worked very hard and made a good farmer.  Then there’s the kids in the village who recognized him as Wolverine.  Yes, kids in a remote Ethiopian village know Hugh Jackman is Wolverine.

You’ve probably heard of Fair Trade coffee.  In simplest terms, it’s like Direct Trade (in which you buy directly from the farms), but ads a guarantee to you, the consumer, that your money is going back into the farms to promote sustainability and that the farms are treating their workers ethically as well. So, rather than Starbucks going in and offering pennies on the dollar to farmers, they get a fair wage for their work, and they can survive.

Hugh was so struck by this, that he not only pledged to drink only Fair Trade, but he started a coffee company to directly help as well.  He has the resources to do something tangible.  Speaking at the UN and using his fame is nice, but actually buying thousands of pounds of coffee from these farmers is putting real money into the economy.  And, the shop (and his Laughing Man organization) is donating 100% of profits back into programs to help eliminate poverty.

I finally got down to Tribeca to Hugh Jackman’s place Laughing Man Coffee & Tea.  If you saw his documentary “Dukale’s Dream”, this is the place that came out of the coffee journey he documented. 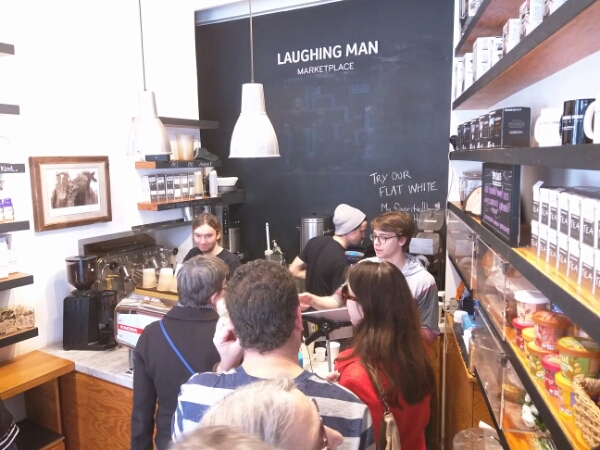 Located at 184 Duane St (there is now another location further West by the water as well), the place is tiny and had a healthy line on a Saturday at noon.  One might expect this give the fame of the founder, but they make a very good cup of coffee!  And, it seems there’s a good supply of “regulars” as the baristas acknowledged several folks as they walked in the door.

I had a flat white, a favorite in Australia, Hugh’s native land…how could I not (Hugh even has a note on the chalk board behind the bar suggesting it’s his favorite.) 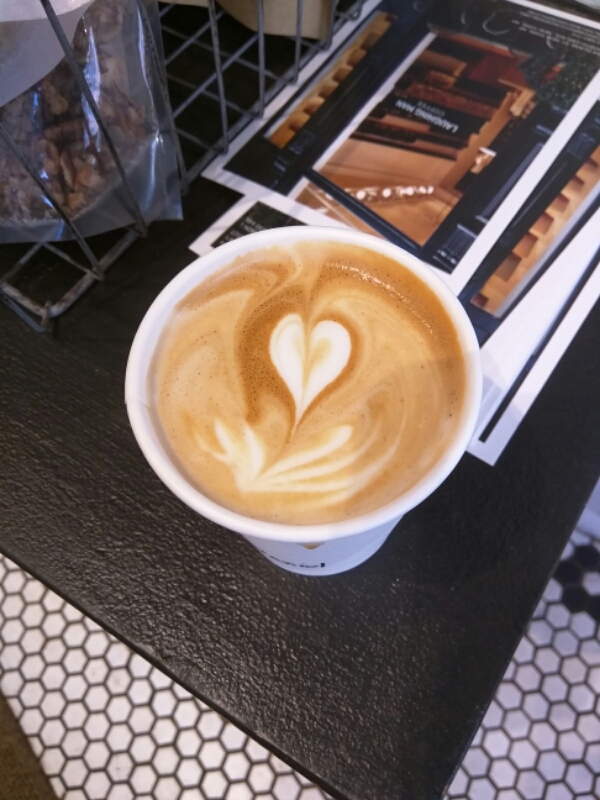 The espresso, a blend of Ethiopia, Indonesia, and Costa Rica (according to the barrista) shines through nicely.  The winey pop of the Dukale’s Ethiopian comes through the milk very well.  It is honestly one of the better milk based drinks from a bar I’ve had in New York.

Even though the inside is tiny, just outside is a small city project called Street Seats.  If the weather is nice, it’s a wonderful place to enjoy your coffee.  It’s an easy walk from either the 1,2,3 or A,C Chambers Street stops.  If you are in the area, give it a try.

This isn’t new news.  It was announced in 2015, that United had partnered with Illy to provide coffee for it’s operations (both lounges and in flight).  What is news here is the quantity of coffee that United serves. 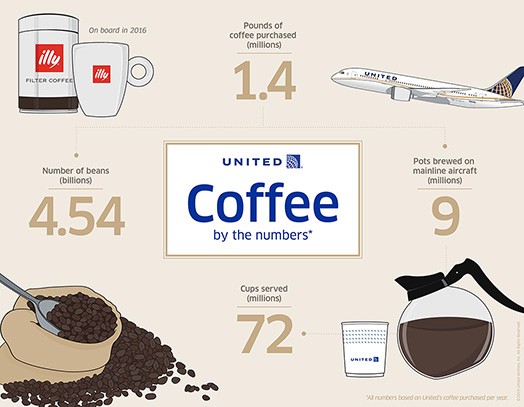