After attending the New York Coffee Festival yesterday I had what I will call a revelation.  The so-called 3rd Wave Coffee singular characteristic is really light roasts…that’s not the revelation.  The theory is that you are better highlighting the varietal of the bean by applying less roast character.  That’s great in theory, but even the best Ethiopian Yirgacheffe will taste like shit if it’s under-roasted.

So, is this 3rd wave movement going too far?  I think so.  You would think that 2nd crack is a criminal offense the way these people are acting.  Now, don’t get me wrong, the way Starbucks treats 2nd crack is criminal and results in bitter nasty crap.  But, some beans just simply work better at darker roasts, and ALL beans need to reach a proper roast state to taste good.  But, so many people these days seem to be completely afraid of even a medium roast.  And, at the festival, I tasted several under-roasted examples from people that were really proud of what they had done.

So, why the fad?  Who started this, and why is it persisting?  And what exactly does “medium” roast mean anyway?  Making coffee is part art and part science.  And as with all endeavors, constant improvement is what makes it worth pursuing in the first place.  But, it seems like we are in a massive over-reaction to Starbucks now.  People have forgotten the goodness that lays in between the extremes.    Let’s take a look at the Starbucks spectrum: 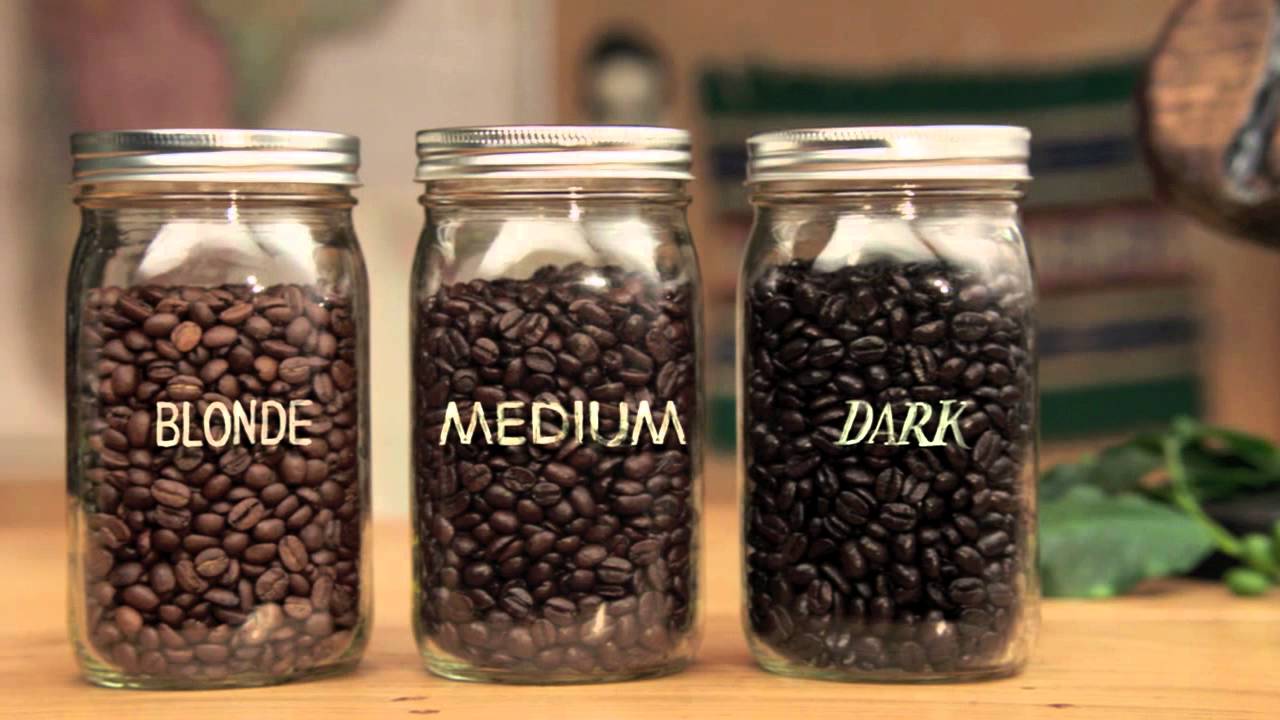 It should be totally obvious the beans on the right are flat out burnt.  Now, let’s look at these three basic roasts as the SCAA defines them:

It’s not perfect apples to apples, because the SCAA samples are ground, but it’s close enough to make the point.  What SCAA calls “moderately dark” is what Starbucks is calling “Blonde”.  WTF?!  How is that even remotely possible?  The answer is simple.
There really is no standard.  The SCAA putting Agtron numbers for color in a book, doesn’t really mean shit.  Do you see “blonde” on the SCAA chart?  And, isn’t “blonde” really like super light yellow (think hair)?  Roasters can call their roasts whatever they want.  If it’s the darkest they are willing to go, then it’s “Dark Roast”.  And, it seems that Hipsters have single handedly taken this whole light roast thing off the deep end (or is that the shallow end?) in the name of “promoting complete bean development.”

What is the result?  Majorly acidic coffee that isn’t really enjoyable.  Really, all you’ve done is created the polar opposite of Starbucks.  But, as is often the case, the extremes, at both ends of the spectrum, are not good.   Brewing a good cup of coffee really hasn’t changed in, well, forever.  Yet, people still actively seek out ways to screw it up, and then charge $5 a cup for it.

So, I issue a challenge to all the Hipster roasters out there.  Roast a batch so dark it makes you uncomfortable and let people try it.  If you really are a good roaster, you wont have to worry about even coming close to a Starbucks “dark” roast, and I’ll bet the taste will surprise you.